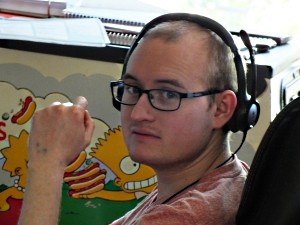 Justan is an epic fantasy writer from California. He has finished his first book, Death’s Merchant, which is a 1200 page doorstopper. He is now working on the second book in the series that is expected to be closer to 1500 pages. Evidently, he likes great big, unwieldy epic fantasy with lots of characters.

Justan plays far more video games than he should and he particularly dislikes writing bios.

If you want to contact Justan via email or get access to deals, contests, insights into his characters and writing, plus bonus chapters (Whew! That’s a lot of stuff.), all you have to do is sign up for Justan’s Book Club. Enter your name and email address below.