Not Lu here: I’ve finally got some good news… I think. In the last update, I told you that Justan had run into some snags which had him writing a lot of words, but not finishing the book. He also had some problems with where the characters were and how their story was progressing. Well, he thinks he’s resolved both problems. The problem for me is that the little bastard isn’t a good judge of what it means to solve a problem. As you can see below, I’m pretty sure the problem is he’s been gaming too much and writing too little. 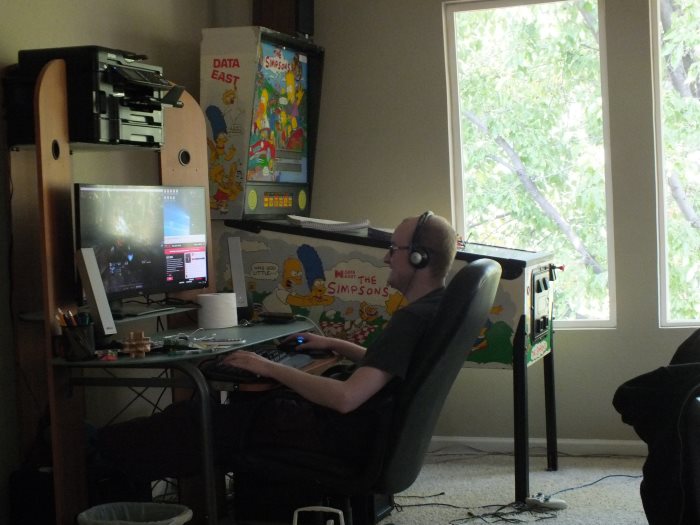 Nevertheless, I’m going to give you his update (and hope he’s not lying to me). So, he now has every character up to the 80% point of the book. It took him a lot of time to figure out Sybil and Loy’s stories. Cough. Cough. Can you say gaming? Poor Sybil, she never gets enough attention from Justan.

He also told me that he has a rough outline of what needs to happen with every character by the end of the book. Of course, that “outline” is only in his head, because as you might know, Justan just starts writing and lets each character go where they want and hopes that they all do what is necessary to advance the story. So, we’ll just have to wait and see if he really is close to finishing or if he gets “stuck” (aka gaming) again.

He now just has to push through and get every character to the finish line.

As far as betting goes, I’m taking the over 500,000 words odds. Yep, it’ll be five or six books in one. Good thing we’re all readers who never want the story to end… but we do want Justan to finish the damn book!

So, the short story is. He’s about 80% done with the first draft. He’s also given me a reasonable date that he thinks he’ll be done.

Unfortunately, he’s really bad at estimating as evidenced by the fact that this draft is now a year late. Where does that leave all of us? In the same place we were before. Waiting. All I can say is IT BETTER BE WORTH THE WAIT!