Not Lu here: I’ve been waiting so long for book 2 of Justan’s Common Among Gods series that I’ve lost interest in reading. If I can’t read Justan Henner, what’s the point? Right? So, while I wait for the next book I’ve decided to take up a new hobby. I’m recreating scenes from Death’s Merchant. My first one is Chapter 5 where we get introduced to Wilt. Here it is:

Beneath the lone tree in a field of green, Wilt lived an unmercifully long death. Once he had been a soldier, but now he was only pain. 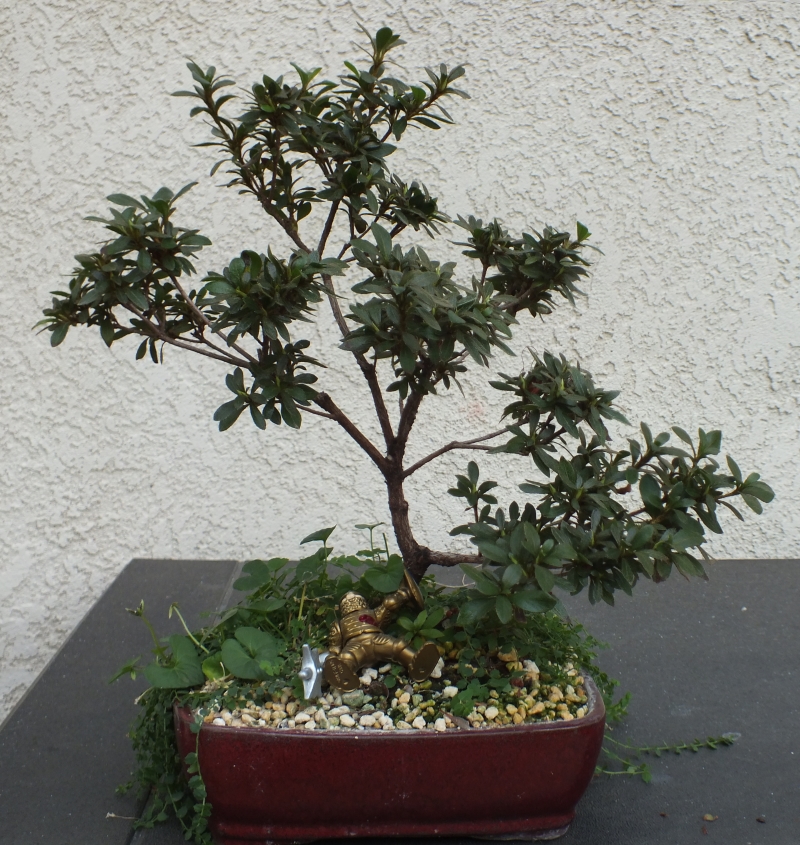 To create the scene, I took The Mother’s bonsai plant, added some ground cover, then Wilt with purple spewing out of him. Why purple, you ask? Because as Lu says, “Dying is purple. I like purple.” 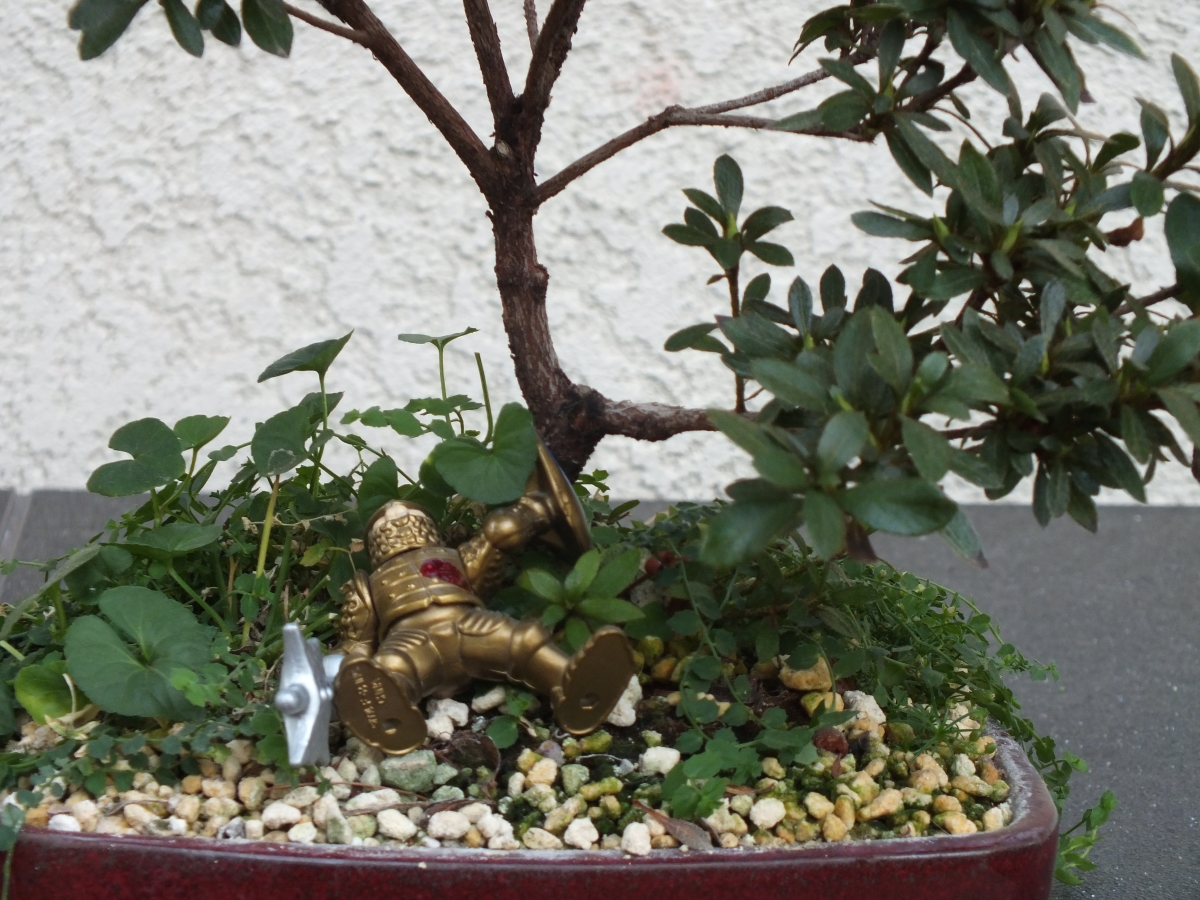 Ok, back to reality… and an update on where Justan is on book 2. Currently, he’s semi-stuck, but not so stuck that he’s not making progress. Actually, the little bastard’s major problem is that he’s making too much progress with words and not enough progress with finishing the damn book.

Death’s Merchant is 408,000 words so you’d think Justan would be finished. Maybe that all he needs to do is wrap up a few things, right? Wrong. Instead of being almost finished, he’s pretty much got every character where they need to be leading up to the climax. Now he just has to write the final push.

When I asked him how many words he thinks that process will take he said, “I think the book will be about 500,000 words.”

How wrong I was. It was even worse.

His next sentence was, “Well, I’m probably going to take out a bunch of stuff that I’m not happy with so it’ll be more than 100,000 words.”

At which point I lost hope and asked, “But, you said you’re happy with where all of the characters are, right?”

That’s where the real dissembling started happening… and I pretty much stopped listening – because it was sounding like excuses. But, I did get one thing from him that actually mattered. He said that he just wants to get it right.

That gave me some hope again. For those of you who have signed up for Justan’s newsletter you know it took a lot of rewrites to satisfy his beta readers and get Death’s Merchant right. For book 2, he’s trying to avoid several rounds of beta reading. That means he’s has taken a little more time going back and doing a reread of Death’s Merchant then reading book 2 to make sure it flows smoothly and that the storylines make sense going forward. He thinks he’s there now. So, hopefully he can make a sprint to the end and I can stop doing fan art.

Bottom line, he thinks he’s 70% done with the rough draft. I’ll let you know when he makes another major milestone.